Song of The Day - Wednesday - And Back To Work...Booo! 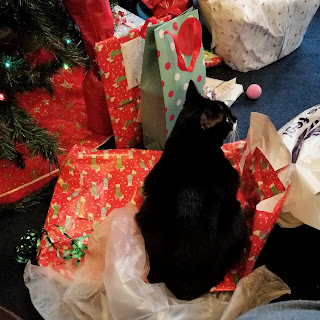 Happy Wednesday!
It's an incredible miserable day in Medway, Kent and London. I was also not too happy to see snow as I got into London this morning, this better not stop me from getting home.
Due to London Bridge/ThamesLink program my regular trains are not running over the Christmas break.

This means I get to travel from end of London to the other twice a day for the next three days, I am luckily off from the 2nd to the 5th so I don't have to care about that day. It's going to be wondrous few days, bare with me especially on twitter.

Right...back to the festive talk.
It was going smoothly until the 23rd, Blake was nice enough to share his horrible cough and cold with me. I didn't escape the Christmas lurgy this year but I came so close. Christmas Eve I spent the day backing, making yummy treats and wrapping presents while watching festive TV and films. I made mince pies in the form of hand pies. Yes they look a little different to normal mince pies but I wanted to break the mould a little. 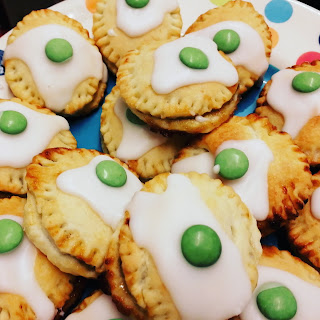 I also made chocolate brownie ice cream to add to Christmas day dessert using the ice cream maker I had bough for my birthday. 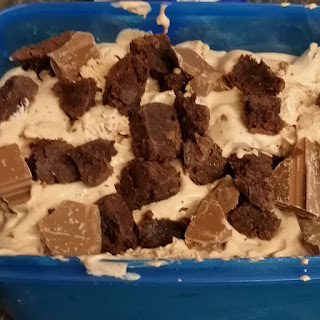 We watched 'A Muppet's Christmas Carol' and 'The Nightmare Before Christmas' plus the festive episode of Eureka and 'Holy' the Bottom Christmas episode. Jiji was tired from all the present wrapping and took a little nap. 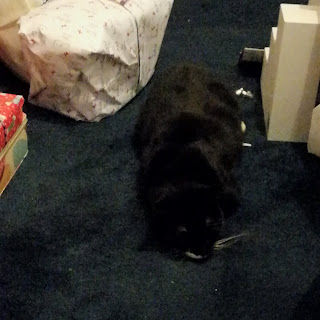 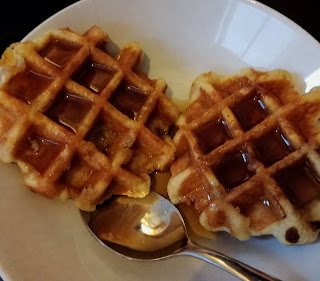 Then it was a short walk to my mum's house for Christmas day fun. I had my Nan, my Mum and my little sister with me as well as Blake, my mum's best friend and my sister's best friend. We have a lovely dinner and some very nice prosecco. Then dessert/desserts were set out on the table, I have a feeling a ate far too much. 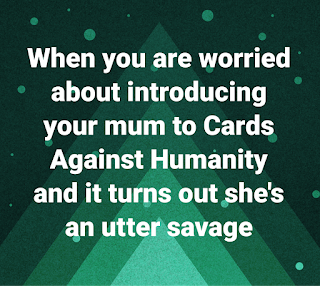 After dinner my sister and I decided to introduce our mother to Cards Against Humanity. We were both quite nervous about this because we didn't want to upset her on Christmas day after all, there is some pretty cringey cards in that game. Of course we were proven wrong that very drunken Christmas evening when she won the game. My sister and I have now agreed to get the Harry Potter Expansion!

I drank a lot of this on Christmas day, when I say a lot I mean most of the bottle. I was amazed I could actually function enough to get ready for Christmas number two at the in law's house. I was actually ok, I think because my body was already ill it let me get away with it. 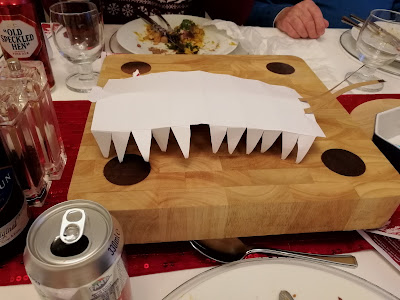 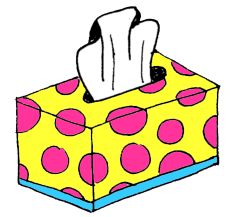 We left around 8ish because I had turned into a big ball of yuck and kept falling asleep. Usually we would walk back because it's about a fifthteen minute walk home, last night it was raining so hard that I noped at walking.

This brings us back to the present, hopefully the day will go quickly!