Song of The Day - Tuesday - Giant Squids, Spacecrafts and Tsunamis 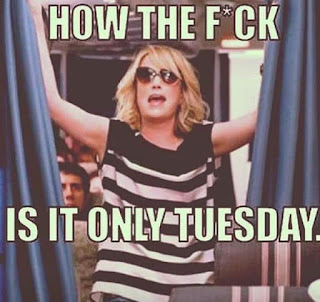 Happy Tuesday!
It is super sunny today but there is a chill in the air this morning, I'm hoping that will change as we move later into the day.
The sleep that I am getting seems to be full of weird dreams and I shall have to tell you about it. I was walking along the coast with my family and extended family, as we looked up we could see a newly built spacecraft in the sky. I assumed it was doing a lap of the Earth before starting it's Maiden journey, it kept dropping down like whoever was driving the thing wasn't quite sure on the controls.
As we got to the beach there was a giant Squid that just happened to swimming around the pier, it just so happens that it was robotic and the guy controlling it showed us his special shed where he kept it. The shed was more like a Submarine bay you see in the movies and the giant robot Squid floated along the bay with his tentacles up on the side. I asked the guy if I could take pictures for my blog and being a dream he was happy to of course.
When we were back on the beach we noticed that the water began to disappear at an alarming speed and we realised that it could only be one thing, it was a tsunami and we all began to run. This is where my dream ended and I think my brain was going fuck this, it's getting too complicated now.
Dreams are the best!
--------------------------------------------------------------------------------------------------------------------------
Song of The Day:
Things Can Only Get Better (Live at Wembley) - Steps

Thanl you for reading my blog!!
I hope that you all have an excellent Tuesday!

Song of the day Steps Super Tired! Things Can Only Get Better Tomska Tuesday