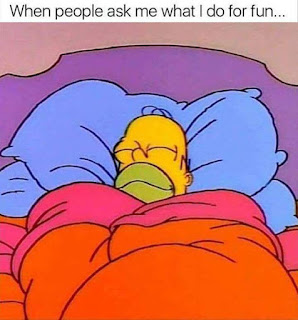 Happy Almost Friday!
It seems like I was got by the law of sod or Sod's Law for being happy about the morning sun yesterday. Half way through the train journey to London the heavens opened and my dreams of sunshine were dashed on the rocks. The southern parts of the country were drowned while the other side was bathed in sunlight.
This lead to quite a late night last night due to delayed and Cancelled trains. My train was delayed then cancelled so I got on another train that got me to a place in the Medway Towns, that wasn't the place I wanted to be so Blake came and picked me up. This train was a stopping train and was going to be a longer journey anyway but we were stopped Greenwich station and then turned off the power on the tracks.


Apparently there was a tree on the line!
We were told one of the drivers would get out and try to move the tree so we sat there. A long time later we began to move very slowly and were eventually stopped again at Dartford because it happened again, Another tree on the line!
When we eventually got to the station this train ended at it was 30 minutes later than it should have been and there were lots of soggy people on the platform.


Off we went because I had arranged to see my family and my Nan before she went back to Ireland, nearly 9pm at night. I have a very welcomed cup of tea chat with my family before going home and have a late pizza delivery before regretting it and going to sleep at nearly 1am.


Let's hope there are No delays on Friday!