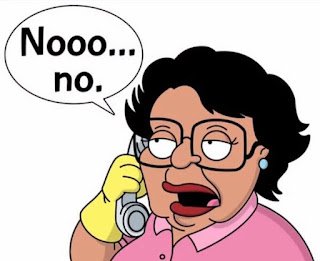 Good Morning!
It's a chilly one this morning, I thought it would be since the gritters were out last night. Let's hope a little bit of snow is on its way before it's too late to get any.
There's a woman one my train going off on one because the train is slightly cold, the poor conductor is getting a verbal lashing. It is colder than usual but I don't think anyone else has noticed it because they've all got their coats and scarves on anyway.
Yesterday at work was not a good day, one of my coworkers was taken to hospital in the afternoon and we have yet to know if he's ok. I took over from my boss so he could get to the hospital and see how his brother is. Fingers crossed he is ok.
On the way home I was delayed slightly due to an ill passenger on a train near my home station. We weren't delayed too long but you can't rush moving the train if they need to get a passenger off.
Since I was late I had to straight to the cinema because I was going to see Deadpool with Blake and my mum. It was great watching mum react to this since it's a very violent and rude film, it is bloody hilarious though. A review for Deadpool at some point, I recommend a watch.
Thank you for reading my blog. Hope you all have an excellent Wednesday!
--------------------------------------------------------------------------------------------------------------------------
Song of The Day:
Ms. Jackson - OutKast

Deadpool Ms. Jackson OutKast Song of the day Tired Wednesday Where is my snow?!