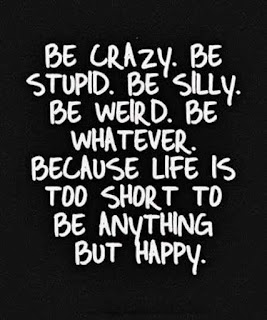 Happy Tuesday!
Another working week has started and I am so glad it's only four days long.
I have had quite a fun and mostly busy weekend.
On Friday I was epically tired, we were let out earlier from work so I got the 17:08 train home which was quite a nice time. I got home at the time I would have normally finished work. My Friday evening was pretty tame because my mattress was calling and wanted me to sleep.
Saturday was the day we were going to the Sweeps Festival. We travelled down to Rochester via train and stopped to get breakfast at the bakery at the start of the highstreet. I had a cheese and onion pasty for breakfast as we walked down through the slowly building crowd. We grabbed a drink from the Eagle Tavern and headed back out to watch one of the various morris dancing troops.
We spent a large part of the day at the George Hotel Beer festival where I bought a cider called 'Dark Cider The Moon'. The castle grounds was super busy because of the market stalls, funfair and bands playing on a stage.
That evening we came home and ate crisp sandwiches while watching an older Mystery Science Theatre 3000 - Pumaman. Blake fell asleep some point through the film and I eventually let up and took us up to bed.
Sunday was a 'OMG, why did I drink so much scrumpy!' kind of day. I was quite ill during the early hours of the morning but that past quickly and managed to get to sleep moderately quickly afterwards. We went out for lunch, we needed something super filling to make us feel better. Then it was films and sleep afternoon and finally games evening, I did quite well on the RimWorld time count.
Monday was another film day where we went to see Guardians of The Galaxy 2 in the cinema and then watched passengers at Blake's parents house. Our evening was spent playing RimWorld then watching YouTube videos.
Thank you for reading my blog!
I hope you all have a great Tuesday!
--------------------------------------------------------------------------------------------------------------------------
Song of The Day: