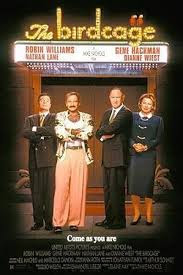 I recently went to see the play of this and of course it got me in the mood to watch the film again. The Birdcage holds so much fun for me and I love it more each time I watch it. The Birdcage stars Robin Williams, Gene Hackman, Nathan Lane plus Hank Azaria. The drag is wonderful in this movie and some is very over the top, the story line is great and has me glued to the screen throughout the whole movie. A recommended film to watch if you love 'The Adventures of Priscilla, Queen of The Desert'. 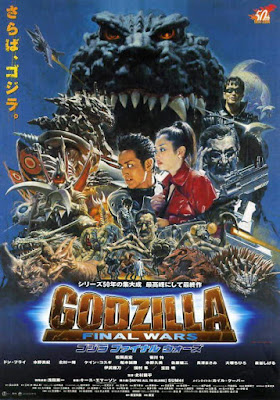 We had another Kaiju night and we watched Godzilla: Final Wars. If you are a fan of Kaiju movies and/or Godzilla then you will love this one. It's packed full of monsters kicking the crap out of each other and in the end that's why we watch them.
The one thing I didn't like was that it had quite a lot of human element to this film that felt like it didn't belong and was over long in between the monster parts, we don't watch it for that. 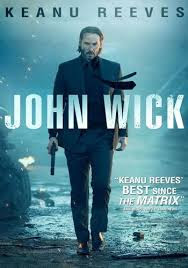 Bloody WOW!
Yes I know that wasn't puny but hey I had to try.
This film had bought a new interest back to Keanu for me and I will be going to see the sequel.
John Wick is a kick arse, no nonsense action film with a lot of bullets involved and many headshots. This is a hit man film done properly and I really cannot see any wrong in this film, just don't watch it if you are sensitive to violence.
Watch it now!