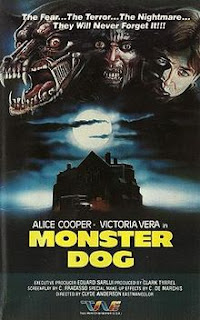 Monster Dog (1984)
Monster Dog could have been a great film but instead it chose to go down the road of the plot sodding off down the pub. The story of this film is almost on the level with a Scooby Doo cartoon and I was half expecting the Mystery Machine to turn up at some point.
Saying that some of the effects were fun and the monster actually does look scary and did what it was supposed to without deviating from the pattern.
Alice Cooper does play the main character in Monster Dog and some songs written by him even feature in the film, I do feel that he was probably the best actor in the film though and the rest just signed on so they could be in a film with Alice Cooper. 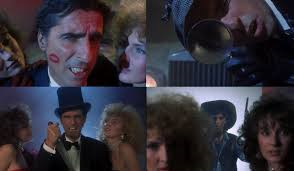 Phantasm (1979)
We watched Phantasm in Honor of Angus Scrimm, he past away on the 9th January this year at the age of 89 and this was what he was most famous for in my eyes. 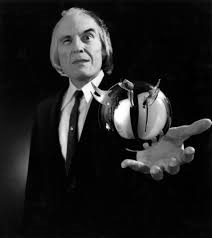