October and Halloween - The War of The Worlds

October 21, 2014
As it is the month of scares I'd like to add my say to the pile and express what I find so scary about H.G. Wells's story of The War of The Worlds.
(PLEASE BE AWARE THAT THERE MAY BE SPOILERS) 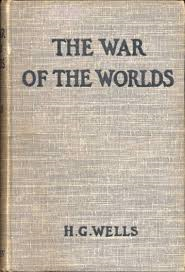 If you have not read the book I think you should give it a go because it is a fun read and you can say you have read a classic.
After that the madness began with the radio play that had people believing that we really had been invaded by beings from another planet.
]
----
In 1953 a film adaption was released into the sparkly land of cinema. 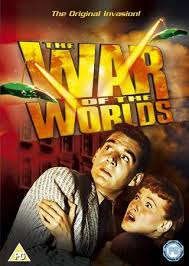 I loved this film as a child and always remembered the aliens machines and heat rays, I thought they looked like shells with lamp posts on top. 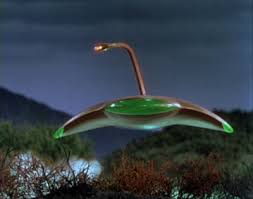 ----
In 1978 Jeff Wayne brought his magic to our ear with his musical radio adaption of The War of The Worlds, which has since had stage productions to go with the music. 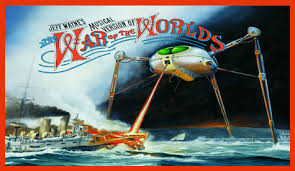 This always gives me chills when I listen to it and the beginning music is currently our doorbell music.
My partners favourite song in it is Thunder Child and I can't him singing it sometimes.
I love forever Autumn even though it makes me incredible sad and want to hide.
----
In the 1980s came a tv series that was based on the story that was made in America. 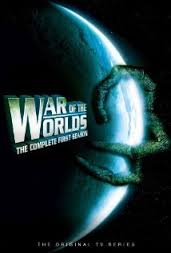 I have not seen this yet but would like to track it down at some point and fill my sad geeky needs.
----
In 2005 there was another movie adaption of The War of The Worlds that featured Tom Cruse and Dakota Fanning. This modern day adaption gives it an extra twist because we have fire power of our own. 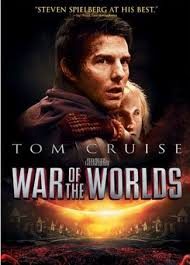 I honestly think that they did a good job and is a little more faithful to the original story and nice use of the heat ray.

I wouldn't want to be hit by that.

----
The most recent production has air a rerecording of the Jeff Wayne musical featuring Liam Neeson and Gary Barlow. I have not seen or heard it yet but I will do eventually.
----
The way it scares me so is how quickly they managed to take over and devastate the planet entirely, they just turned us into dust or food and carried on. It makes you wonder what we would actually do if this was thrust upon us.