Song of The Day - Thursday

My bed really didn't want me to leave this morning and nether did my other half. I'm glad it's nearly Friday!

We visited my father-in-law last night for dinner and a film. We ended up watching at old horror film called The Innocents﻿ and it had me on the edge of my seat for a lot of the film. 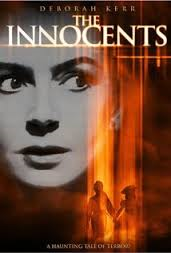 It was nice to actually watch a horror that was done properly and was not lazy like a lot of horror films in modern day. I'd love to show this to my sister because 'Shaun of The Dead, scared her (be it she was 11 at the time, my bad and she said she wanted to watch it) and she would freak.

Song of The Day:
Don't Stop Me Now - Queen
And if you wonder why I put that up, this popped into my head.