August 06, 2014
I have been in love with the post apocalyptic genre for a long time, especially when I was at the age that I could decided what films could buy and watch.

Red Dwarf may not spring to mind as post apocalyptic as such but it has the feel of it. This is just a list of the things I have watched and read.
Three million years ago, a radiation leak killed the crew of the mining ship, Red Dwarf. The only survivor was Dave Lister, the chicken soup machine repairman. He spends his time on the ship with a holographic projection of Arnold Rimmer (his dead bunkmate), Cat (a life-form that evolved from Dave's cat), Holly (the ship's senile computer), and Kryten (a service mechanoid). - IMDB
I have very fond memories watching this as a small child and the silly insults. 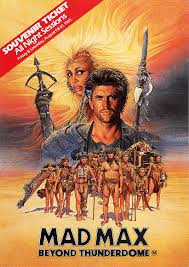 The Mad Max Films are some of the best 'PA' you can go for. These films laid out the plans for others to follow.
A vision of an apocalyptic future set in the wastelands of Australia. Total social decay is just around the corner in this spectacular cheap budget gang orientated road movie, where the cops do their best to lay down the law and the outlaw gangs try their hardest to defy the system. Leather clad Max Rockatansky husband, father and cop turns judge, juror and executioner after his best friend, wife and baby are killed. Here we see the final days of normality of a man who had everything to live for, and his slip into the abyss of madness. Mad Max is the antihero on the road to vengeance and oblivion. - IMDB
My partner has recently shown me them because they were sorely missing from my list. 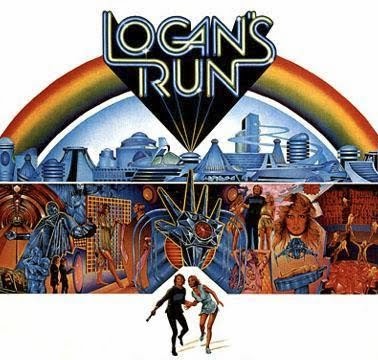 Logan's Run is a wonderful post apocalyptic meets Utopian film with lots of hidden truths.
In the year 2274, after the world has been decimated by a holocaust, a new society is built and resides in a domed city. However, it is forbidden for humans to live beyond 30 and you are given two choices, either to go through a ritual called Carousel with the promise of being "renewed", or go on the run and risk being hunted down by an elite police force known as Sandmen. Logan 5 is just such a man, and when he and his partner Francis 7 find and kill a runner, Logan takes an ankh symbol which identifies a person as a runner. When the computers of the city find out that Logan is in possession of the amulet, they order him to go undercover and find Sanctuary, the place where all the runners go to live out the rest of their lives. To ensure this, the computer adds four years to the time crystal on his palm to make it appear that he is on the verge of turning 30. Logan then meets up with Jessica 6, a member of the underground group that helps runners escape to Sanctuary. Logan then begins to run, but in the process realizes that there is much to live for and that he is just entering the prime of his life. - IMDB
Though this film is old I still think it has what it takes to sit along side other 'PA' films. 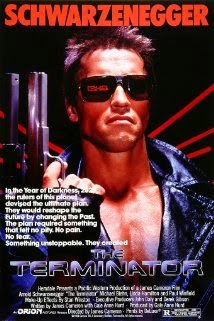 The Terminator series has taken a left out of technological apocalypses book.
In the future, Skynet, a computer system fights a losing war against the humans who built it and who it nearly exterminated. Just before being destroyed, Skynet sends a Terminator back in time to kill Sarah, the mother to be of John Connor, the Leader of the human resistance. The terminator can pass for human, is nearly indestructible, and has only one mission, killing Sarah Connor. One soldier is sent back to protect her from the killing machine. He must find Sarah before the Terminator can carry out it's mission. - IMDB 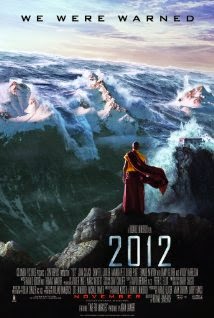 2012 is the end of the world senario when it's global warming and natural disarsters.
Dr. Adrian Helmsley, part of a worldwide geophysical team investigating the effect on the earth of radiation from unprecedented solar storms, learns that the earth's core is heating up. He warns U.S. President Thomas Wilson that the crust of the earth is becoming unstable and that without proper preparations for saving a fraction of the world's population, the entire race is doomed. Meanwhile, writer Jackson Curtis stumbles on the same information. While the world's leaders race to build "arks" to escape the impending cataclysm, Curtis struggles to find a way to save his family. Meanwhile, volcanic eruptions and earthquakes of unprecedented strength wreak havoc around the world. - IMDB 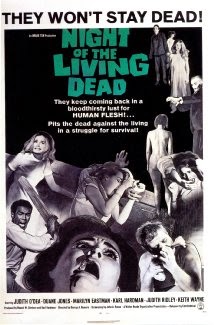 The Dead Films - you want zombie apocalypses? You got it! 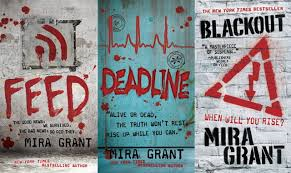 The year was 2014. We had cured cancer. We had beat the common cold. But in doing so we created something new, something terrible that no one could stop. The infection spread, a man-made virus taking over bodies and minds, filling them with one, unstoppable command...
...FEED.
In 2014, two experimental viruses—a genetically engineered flu strain designed by Dr. Alexander Kellis, intended to act as a cure for the common cold, and a cancer-killing strain of Marburg, known as "Marburg Amberlee"—escaped the lab and combined to form a single airborne pathogen that swept around the world in a matter of days. It cured cancer. It stopped a thousand cold and flu viruses in their tracks.
It raised the dead.
Millions died in the chaos that followed. The summer of 2014 was dubbed "The Rising," and only the lessons learned from a thousand zombie movies allowed mankind to survive. Even then, the world was changed forever. The mainstream media fell, Internet news acquired an undeniable new legitimacy, and the CDC rose to a new level of power.
Set twenty years after the Rising, the Newsflesh trilogy follows a team of bloggers, led by Georgia and Shaun Mason, as they search for the brutal truths behind the infection. Danger, deceit, and betrayal lurk around every corner, as does the hardest question of them all:
When will you rise? 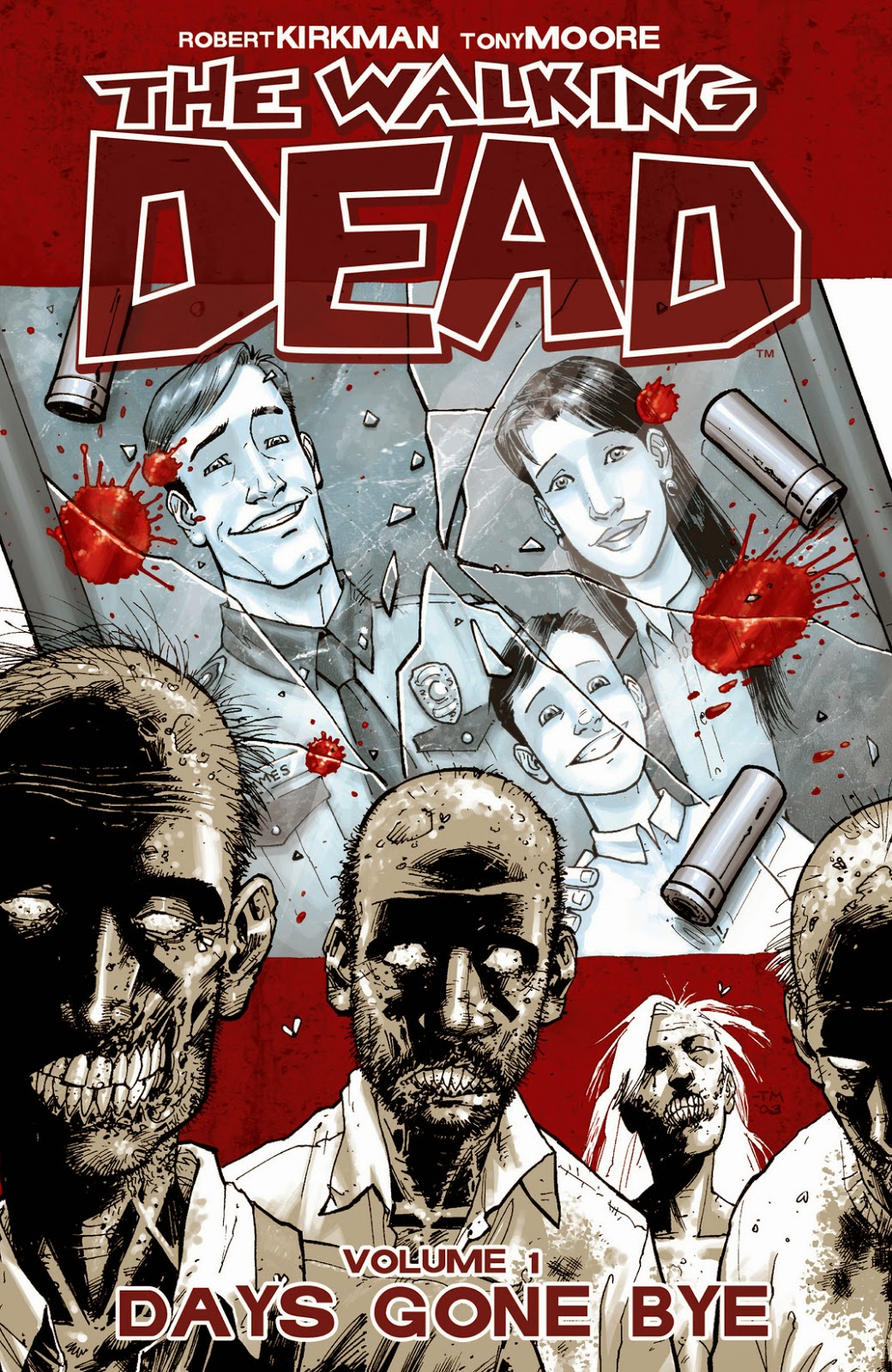 ***Maybe Some WD Spoilers***
If you have never read The Walking Dead graphic novels by Robert Kirkman then you haven't lived. Forget about the tv series (oooo touching a nerve) and give these a try! The characters are given much more time to develop and they also die when they are meant to die. F**k you Shane!

I liked the first few episodes of WD were exactly how it should of been but when Shane didn't die and then CDC building it went a bit WTF.
Don't get me wrong as hot and cool as Daryl Dixon is he has nothing to do with the comics and it feels just like Alice in the Resident Evil Films. I love her but it is wrong on so many levels.

Why the hey does Shane still have his hand?, why did Laurie and the baby live longer than they should have? I get nobody wants to see a baby 'die' in a show but it's The Walking Dead and they should know what they are getting themselves into.

So if you feel like you can man up maybe give the graphic novels ago and feel your happy place die faster than Shane did.

Here is a short list of others I have got my hands on:

World War Z  by Max Brooks- The book is excellent but the film suffers from Resident evil and The Walking Dead syndrome.

The Walking Dead: Rise of The Governor by Robert Kirkman - This is a novel and is best read after you have read about him in the graphic novels.

Breathers: A Zombie's Lament by S.G. Browne - very fun with a slight seriousness.

Echo City by Tim Lebbon - This is very exciting and very mysterious.

Revolution - Only seen the first episode seem 'PA' enough to keep me happy.

Outcasts - Only got one series but it could of done well if it had the ratings, suffers from firefly syndrome.